דף הבית » Old Age in the Shadow of the Holocaust

The Second World war brought with it the Holocaust of European Jewry, in which a third of the Jewish people were annihilated with unprecedented cruelty.  Hundreds of thousands of Holocaust survivors were able to build new lives, raise families, and contribute to society.  But the past is always with them. Many Holocaust survivors still carry the pain, the traumas and the memory of the horrendous events which they experienced in the Holocaust.

For many years, the survivors have also had to cope with the denial of the Israeli population, which had tremendous difficulty dealing with the highly sensitive issue of Holocaust survivors.  In its early years, Israeli society  generally chose to alienate itself from the survivors.  Even therapeutic professionals were reluctant to cope with the delicate question.  For a long time, Holocaust survivors were viewed as coming from “another world” which was impossible to understand, and thus they were considered untreatable. As a result, very few services were developed for this special population, and most of these were established within psychiatric frameworks. Thus, for many years, most Holocaust survivors were left with no therapeutic services tailored to their special needs and features. In recent years, however, the approach has changed, and awareness of this population’s unique needs has risen.

The renewed interest in Holocaust survivors is partly related to the fact that nowadays survivors face a double challenge:  the complex past combined with present old age.

The accepted definition for a Holocaust survivor is:

“A person who lived under the Nazi occupation in Europe during the years 1939-1945, or who was forced to escape from his home because of the occupation, this without connection to his exact location or the specific events which he experienced during the Holocaust.”  Close to 65 years have passed since the end of WWII, and the majority of survivors are now 65 and over. Over 250,000 Holocaust survivors live in Israel today – more than a third of the country’s entire elderly population.  The large volume of the population of elderly Holocaust survivors in Israel raises the need for increased awareness of the special characteristics and needs of this population.

Old Age in the Shadow of the Holocaust

For every person, regardless of his past, old age is characterized by many changes – at the physical, social and emotional levels.  These changes, which are associated with normative aging processes, create difficulties for every person who reaches old age. The elderly person typically has to cope with various health problems, deteriorating functions, diminishing social circles partly due to retirement, and a general decline in quality of life.  The crises typical of old age take on special  significance for many Holocaust survivors.

Indeed, most Holocaust survivors have been able to rebuild  their lives and contend with the tasks of a normative life. Even so, as survivors age, the burdens of life become too heavy for many of them. The terrible traumas experienced during the Holocaust, which they tried to repress for so many years, return in full power, placing them, as a group, at very high risk for losses related to old age.

Physiological losses, namely the various illnesses common in old age, have a special significance for Holocaust survivors.  In many old people, these physiological changes bring about feelings of loss, helplessness and uncertainty about the future.  But for Holocaust survivors, such emotions connect directly with traumas of the past.  For them, during WWII, any physical or functional loss had just one meaning: immediate death.  Thus, a Holocaust survivor who loses some abilities due to old age, can exhibit extreme reactions of fear and a sense of imminent danger.

Research has shown that in some cases, elderly Holocaust survivors reported that being hospitalized brought up associations from the Holocaust.  The number attached to their arm, the closed-in space (usually not very roomy), and belonging to a specific “unit” where they are at the mercy of strangers, brought back some distressing memories.

Another hardship of old age is the loss of relatives and acquaintances, accompanied by grief and a painful sense of loneliness. The decline in physical health can also cut a person off from friends and habitual activities, intensifying his loneliness.  In addition, in this period of life people often face  socio-economic losses such as diminished income, retirement and changes in the living environment. In this sphere as well, Holocaust survivors contend with an especially complex situation, with the losses of old age bringing back Holocaust memories of losing relatives and friends, abandonment and loneliness.  For survivors, the work place was often a refuge from agonizing memories.  Concerning themselves daily with their jobs and providing for their families helped them repress the horrors of the Holocaust.  Retirement and the free time it affords,  force them to confront surfacing memories that threaten to flood their consciousness.

Also, as a result of losses suffered in the Holocaust, survivors’ families are usually very small. Consequently, their social-cultural support systems, which are especially important to the elderly person, are limited.  This lack of help and social support can have grave ramifications for survivors.  Sometimes the proposed solution is a retirement home, which offers a protected environment. For some survivors, however, moving into an institution is all too reminiscent of their imprisonment so many years ago.

Caring for Holocaust Survivors –The Importance of Social and Emotional Support

The fundamental guideline in caring for elderly Holocaust survivors must be an understanding of the trauma’s effects on the survivor, and its implications in all areas of life, especially in old age.  The caregiver should remember that the elderly person’s behavior can, at times, arise from distressing past  experiences and not necessarily from the quality of care. Addressing basic needs as requested by the survivor may not be enough: the problem at hand might be an indication of a deeper issue.  The complex past of Holocaust survivors makes it imperative to check what real need lies behind a call for help.

Today it is believed that emotional or social causes are at the root of many physical symptoms that bring a person to ask for medical care (especially in old age).  Thus, the severity of old age crises, and Holocaust survivors’ ways of coping with them, are often attributed to their traumatic past.

Difficulties and tension often arise between parents and children, and these can get worse when parents reach old age.  Some parents are not assisted by their children, despite a great need for such support.  It is important for family members to understand that their support – in whatever form – is extremely important to a survivor parent. Thus, a family member caring for an elderly Holocaust survivor should take into account the survivor’s past, and how it influences his later behavior.

Contemporary research literature indicates that social and emotional support can help mitigate the effects of extreme stress, and relieve emotional distress. Such support is even directly correlated with improvement in the ability to cope with health problems. To achieve this the caregiver must learn to listen to the Holocaust survivor in his care, providing him with the social and emotional support he needs to cope with the experience of aging in the shadow of the Holocaust.

Social support is a basic resource for all human beings, and it becomes especially significant in old age, when the individual needs more help from his close environment. The caregiver must convey to the elderly survivor the feeling that he is loved, cared for and appreciated and that he has the right to receive the best possible care.

The caregiver can also assist with the vital need of many  survivors – to give testimony about what happened to them in the Holocaust.  This can be an opportunity for the survivor to tell his story to someone who is truly interested in hearing it.  Commemorating the events and his lost loved ones in this way, the survivor imbues his own life with meaning, and somewhat alleviates the trauma.  A caregiver who allows the survivor to tell his story relieves him of the shame involved in officially requesting psychological help (which is common among elderly people in general and Holocaust survivors in particular). At the same time, the survivor is allowed to display strength in overcoming great difficulty and sharing his story.  Thus, therapeutic methods which stress elements of social interaction, group support and mutual sharing can contribute to easing the distress of Holocaust survivors.

As caregivers of Holocaust survivors, you have a very real and important opportunity – to help the survivor cope with his past and enjoy a comfortable old age.

The information presented in the english website is partial. For full info please visit our hebrew website 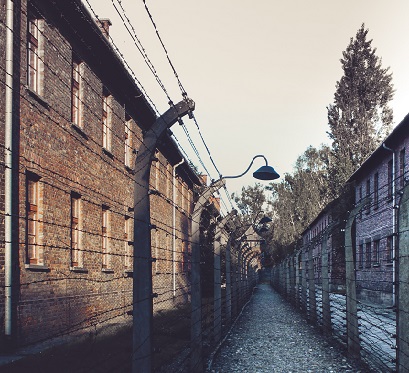